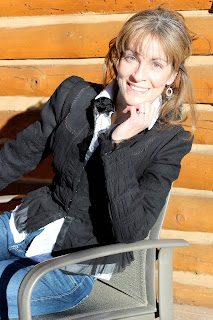 Kristin Carlson is a poet, playwright, screenwriter, and essayist with recent work appearing in The Asheville Poetry Review, Shark Reef Literary Magazine, and Writer’s Digest Magazine.  A 2015 Dramatists Guild WriteChange scholarship recipient, she serves as a teaching artist with the Voices program.

Her plays have been selected for the Playwrights Showcase of the Western Region and performed in venues including:  The Wheeler Opera House in Aspen, CO, The Oracle Theatre in Chicago, Vintage Theatre in Denver, CO,Thunder River Theatre in Carbondale, CO, the Black Box Theatre in Aspen, CO, the New Space Theatre at Colorado Mountain College, and the Pease River Playhouse in Quanah, TX.  Her short play, “The Interview,” was a semi-finalist in the 2012 Minnesota Shorts competition. Carlson's latest work secured a spot at the national AACTFest in 2013, where it secured four awards for "Best Ensemble."

Carlson is a Phi Beta Kappa, Bronze Tablet graduate of the University of Illinois and holds a Master of Arts in Performance Studies from the University of North Carolina, Chapel Hill.  She is currently an instructor at Colorado Mountain College and an artist in residence for the state of Colorado.

“The IQ Test” —featured at the Playwrights Showcase of the Western Region, held at the Arvada Center in Arvada, CO, 2005.

“The Job Interview” —featured at The Playwrights Showcase of the Western Region, held at Curious Theatre, Denver, CO, 2007. Selected for the Chicago Snapshots Festival, (hosted by 20% Theatre Chicago) and named a semi-finalist in the Minnesota Shorts Competition, 2012.

“Americus Most Wanted” — performed at the Glenwood Springs Center for the Arts, 2003.

Screenplay of "Unmarried in America" in development with AEC Studios, 2015.

The Barn Keeper’s Son, a first novel, under representation by Robert Guinsler at Sterling Lord Literistic, 2012.

“Dashboard Mary” and other poems, selected for performance at the Karen Chamberlain Poetry Festival, Carbondale, CO, 2010.

“The Sarcophagus,” a short story, selected for the Aspen Writers Foundation Story Swap, 2010.

“The Hennepin Canal Boys” published in The Asheville Poetry Review, 2009.